How to Deal with Destructive Chewing in Dogs

Most dog breeds enjoy a bit of chewing from time to time. While in some cases, they might not be destructive, in many cases, larger dogs with chewing habits can wreak havoc on articles of clothing and furniture. When not addressed properly, the issue can end up costing owners more than they’d like and can become frustrating. In this article, we’ll address some of the ways you can correct the issue. 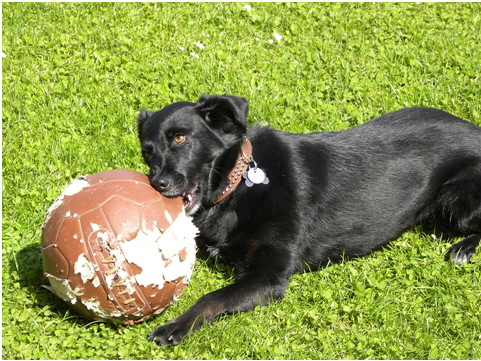 Get Your Dogs the Right Chew Toys

One of the best ways to encourage appropriate chewing is by getting your dog the right set of chews. But again, in this case, you should discern which type would be best for your dog. If you have a big dog, like a bull mastiff or a pitbull, it would be better to give them something big and tasty to chew on. There are a variety of elk antlers for dogs available on the market and they’re often a great choice for bigger breeds with powerful jaws.

For smaller dogs, you could go with chew toys that keep their integrity. You could opt for a Kong type of toy or balls. However, make sure that the toy is not too small. The toy should ultimately be big enough to carry, but not small enough to swallow. Also, make sure that you don’t pick toys with the wrong shape. I’ve seen chew toys shaped like shoes before. While on the surface this might seem like a clever idea, they might encourage unhealthy habits in dogs.

Now that you have given your dogs an appropriate chew or toy to munch on, you have to take the steps necessary to prevent him chewing on things that aren’t his. If you find him chewing on something inappropriate, make sure that you stop him immediately and scold him. Don’t be afraid to show your authority. If you don’t assert yourself, he won’t hesitate to do it again.

You can then direct them to appropriate things to chew on and reward them for their good behavior. This way, they will start learning which items are for them and which ones aren’t. If all else fails, then you should consider investing in a chew deterrent like bitter apple for instance. The noxious taste and smell of the bitter apple should be enough to keep them away in most cases.

You can also do things to proof your house against destructive and potentially dangerous chewing. Make sure you tuck away potentially harmful chemicals or toxic plants. You should also be careful with electrical cords. They should be covered and not easily accessible to pets or else they might run the risk of electrocuting themselves on them. Hide items like shoes, children’s toys, socks, or anything with leather. Also block rooms with items that might strike their curiosity. You should also consider crate training your dog for times when he won’t be supervised.

All these steps are necessary if you want to resolve your dog’s gnawing problem. Don’t be afraid to assert your authority and get him the appropriate chews and toys that he can chew on. Also do everything in your power to remove anything that could cause harm or pique his curiosity.